Supernotes is a fast note-taking app available on Mac, Windows, Linux, Android, iOS, and the web. The app encourages you to break down your information into short-form notecards. This helps you to connect your knowledge together in a more flexible way – each notecard is taggable, nestable, linkable, and shareable. You can view your cards in a handful of different ways: as a List, as a grid in Broadsheet view, or as nodes in the Graph view.

Along with extended Markdown support, Supernotes supports LaTeX equations and advanced editing features such as multiple cursor support and an assortment of handy keybindings. Supernotes is a web-first application, with an emphasis on fast syncing between devices and effortless sharing between users. On Supernotes your data is always encrypted in transit (forced TLS) and encrypted at rest (AES-256).

One of the biggest benefits of Supernotes is the community. The co-founders are very active on the Community Forum, where users suggest new feature ideas, report bugs and share workflows. The co-founders also run free Onboarding sessions to help new users get started with Supernotes.

All of the Supernotes features come included on the free Starter plan. On the Starter plan you start with 40 cards, but you can refer friends or upgrade to the Unlimited plan for more features. Supernotes is a small independent startup, built by a team of two, and the subscription goes towards supporting them and the development of the platform. 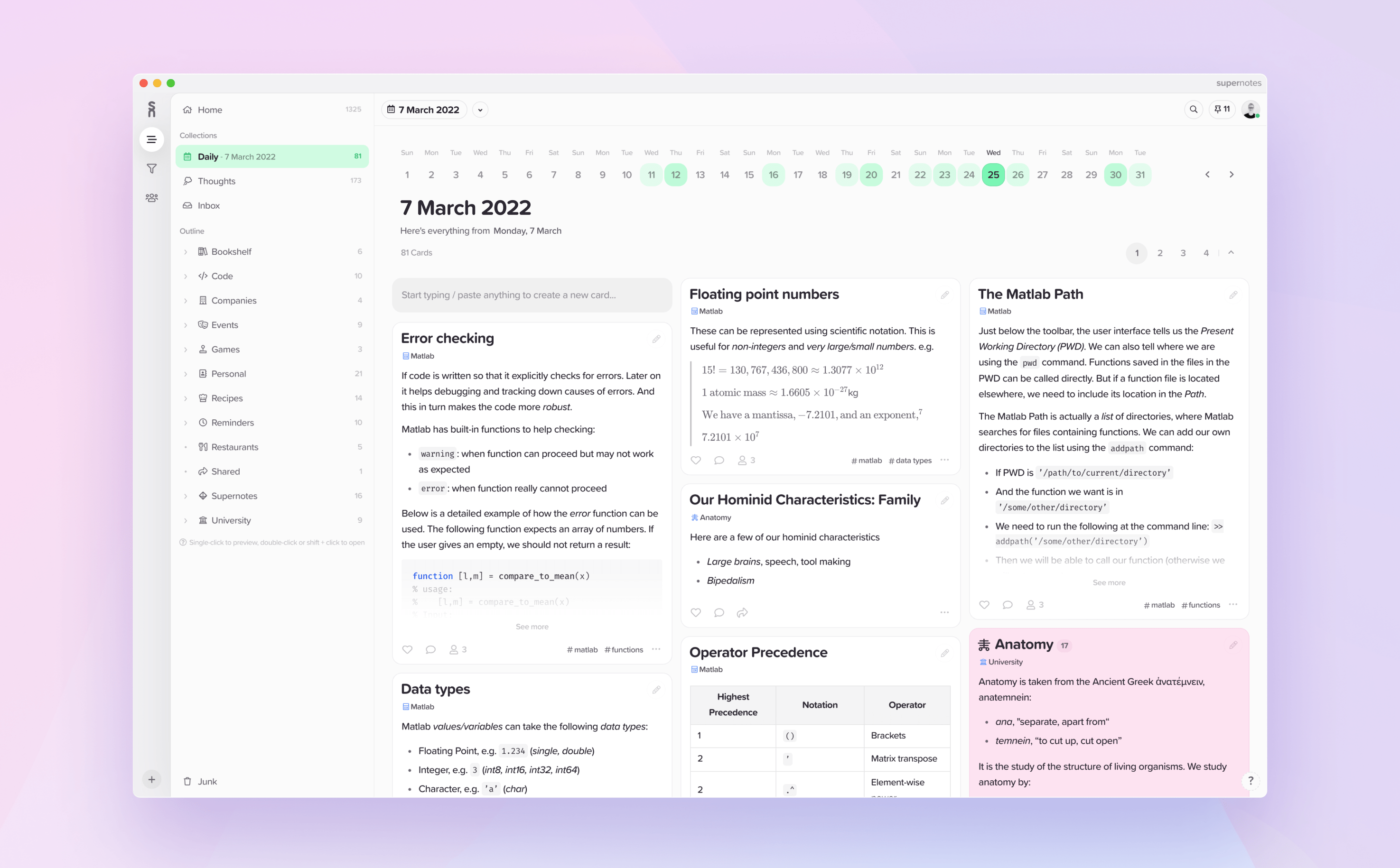 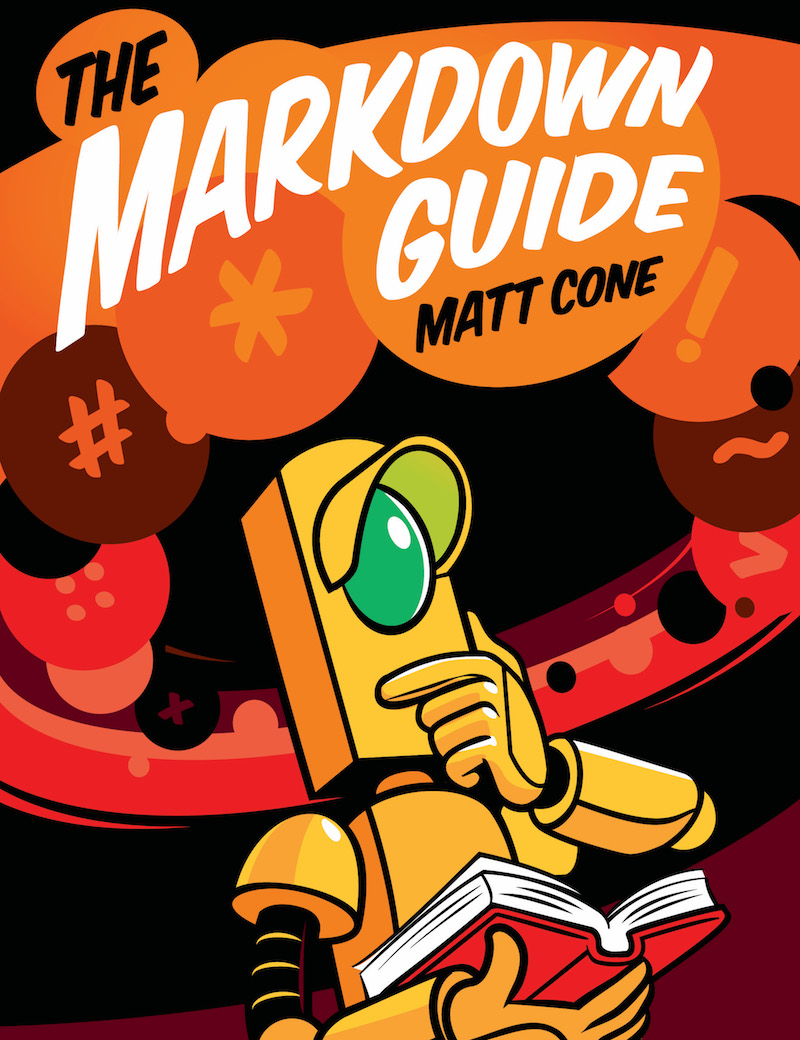 Take your Markdown skills to the next level.

Learn Markdown in 60 pages. Designed for both novices and experts, The Markdown Guide book is a comprehensive reference that has everything you need to get started and master Markdown syntax.

Don't stop now! 🚀 Star the GitHub repository and then enter your email address below to receive new Markdown tutorials via email. No spam!